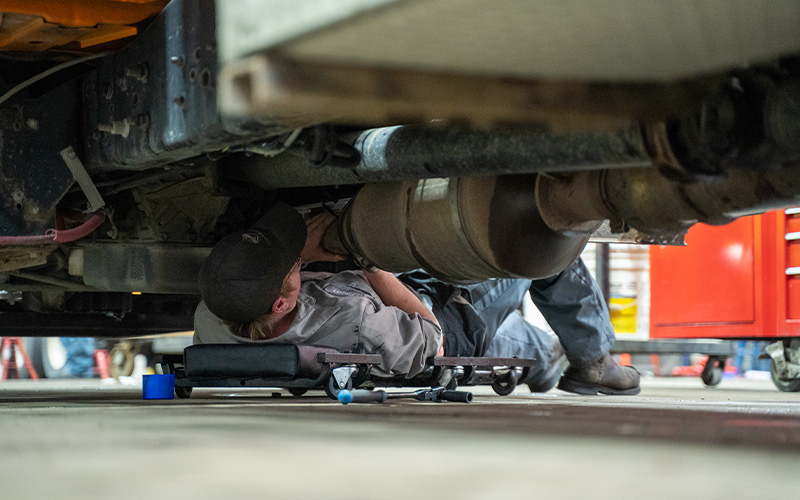 Modern diesel trucks and SUVs are equipped with EGR and DPF systems. The Exhaust Gas Recirculation (EGR) and Diesel Particulate Filter (DPF) work together to reduce harmful emissions from your truck.

These systems are quite intricate and as such should be included in your vehicle’s preventative maintenance plan. Foothills Group has grown our reputation for being honest and experienced with diesel truck engines. This includes providing a vast array of EGR and DPF system services.

The main purpose of the EGR system is to reduce harmful nitrogen oxide emission outputs.

The EGR system reduces the amount of oxygen entering the engine by preventing it from taking in clean, outside air. Rather, the air is recirculated through the exhaust system. The result is that the fuel cannot burn as hot, making it produce less harmful exhaust gases. By burning fuel at this “ideal” temperature, the exhaust gas output is reduced while still having the engine produce as much energy as possible.

The main purpose of your DPF is to catch all the soot produced by your EGR system.

The DPF is essentially a ceramic honeycomb-shaped component that caches soot which is produced by the EGR system. The DPF system also has sensors that measure the level of soot and indicates when the unit is clogged as well as temperature sensors that monitor how hot the truck exhaust is.

Signs that your EGR or DPF systems need service

At Foothills Group, our technicians do actually care about getting your truck fixed right. When it comes to EGR and DPF problems you will find that we take the extra steps to perform the necessary service in order to ensure your particular truck is at its peak performance.

Read What Our Customers Have to Say About Us! 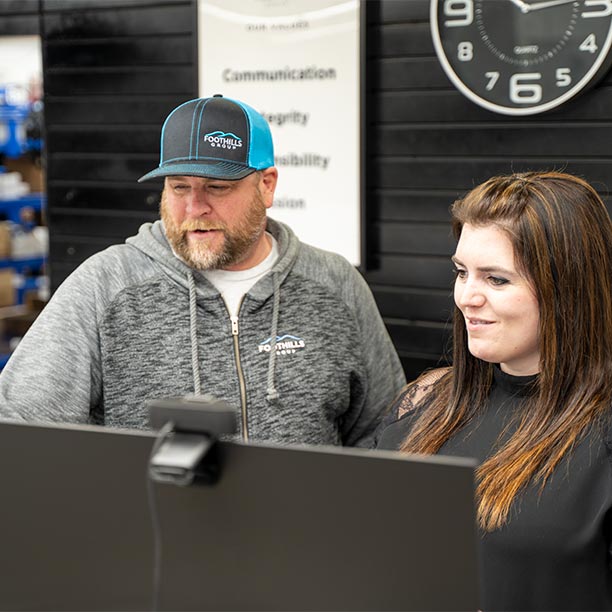 When our customers come to us for help when in need of a repair, we will go above and beyond to guarantee their experience with us is a positive one. If you are passionate about customer service and want to join a company that promotes family-oriented values and work ethics, reach out to Foothills Group and apply now!